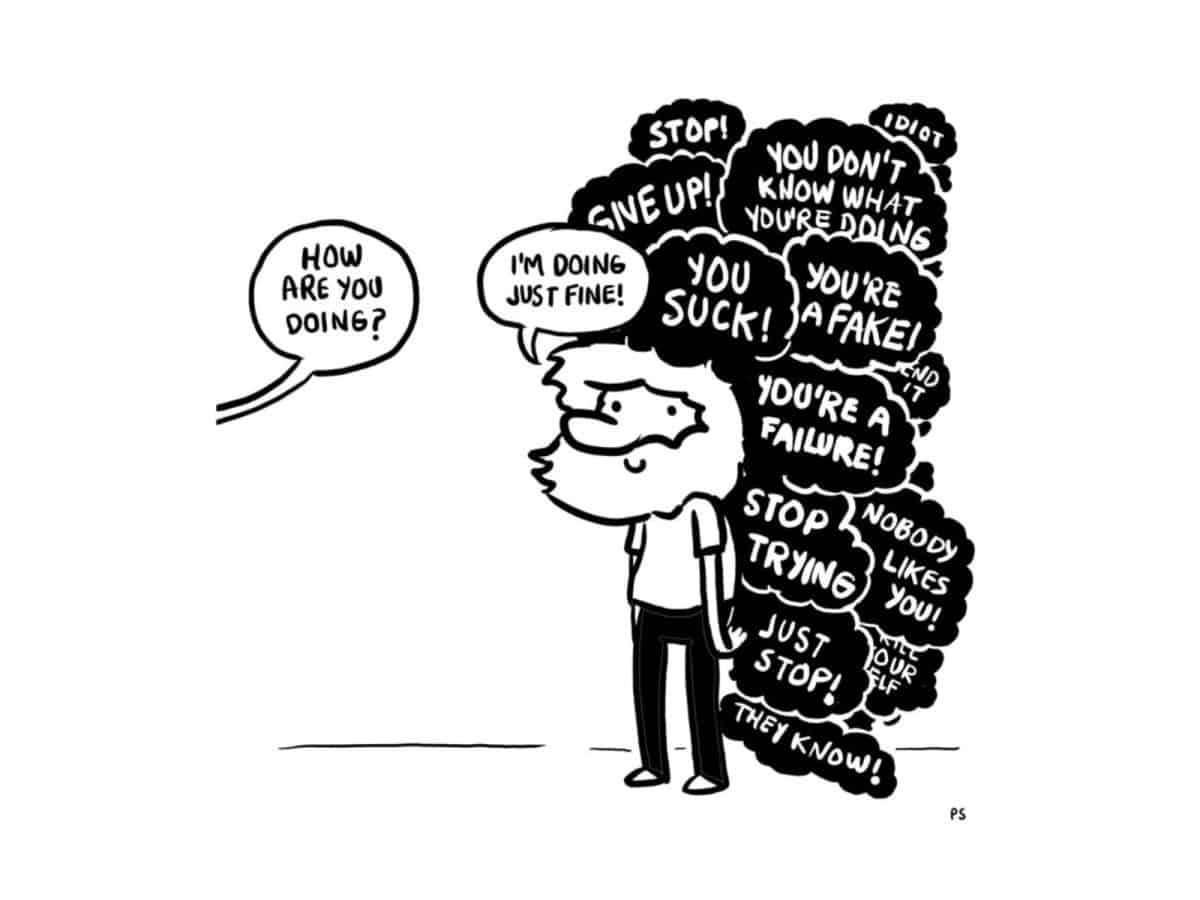 I have a pretty dark sense of humour, but to say that Imposter Syndrome can destroy you, isn’t a joke. It can ruin your life. And the only way to stop that from happening is to rise up against it!

That’s why I’m so keen to talk about it. Which is the absolute opposite of what that annoying little voice wants me to do!

For those of you who aren’t familiar with it, Imposter Syndrome is basically that voice in your head that’s telling you that “you can’t do it, you’re not as good as everyone else, you’ll never achieve anything, and sooner or later ‘they’ are going to realise you’re an absolute fraud, and you’ll be out on your ear!”. Literally, your own worst enemy.

I was first acquainted with it in 2018 when I took the plunge and changed career. I’d worked in retail for 19 soul-destroying years and knew my job inside out. But I wanted more.

Almost immediately after starting the intensive 16-week course to become a software developer, I could see that there were people who already had more experience than me, and I started to panic.

Probably one of the first things you’re told when you start the course is NOT to compare yourself to others. But how difficult is that?! We’ve already been doing it all our lives! Why should we suddenly stop now?!

In all honesty, looking back on those early days, things probably weren’t as bad as I thought. But any confidence I had was being eaten away by self-doubt. I was too afraid to tell anyone how I was feeling. My husband has been a software developer forever, and I felt like I’d be a complete failure if I told him I thought I was struggling with something that he could do in his sleep. And I didn’t want to talk to my Instructors in case they told me to pack up my stuff and not bother coming back! So instead, I dealt with it in the only way this adult knew how…. I just sat on it. I let it eat away at me for MONTHS.

(Side note: This is a terrible idea! In fact, I’d even go as far as to say it’s the worst!)

Fast-forward several months, and eventually, the build-up of those thoughts and feelings led me to have a bit of a breakdown. Even then I still didn’t really tell anyone the truth about what was going on, because I….couldn’t…. I just said it was stress. I went to the Dr, I got prescribed some medication, and the next day I went back to work and carried on as if nothing had happened. I couldn’t tell anyone what had happened because it would have alerted them to the fact that I was a TOTAL AND UTTER FRAUD.

What I absolutely should have done, (and what you should do too if you ever feel this way) is tell someone, anyone…. EVERYONE!!! The more we speak out about feeling this way, the more we empower others around us to do the same.

When I did finally manage to force the words out of my mouth to tell another human, I was genuinely shocked when they told me that they too had fallen foul of these intrusive, negative thoughts. And they weren’t just saying that to be kind! They would tell me their stories too. And I wanted to tell them that it was ridiculous that they had ever felt that way, because I thought they were amazing! I would never have guessed that so many people had been hiding the same feelings that I’d been letting drag me down. So many people that I admire and look up to, had also felt like they weren’t good enough. When to everyone around them – well, we think they’re frickin’ awesome!

It was equally reassuring that so many people feel like that, and also troubling, that such amazing and talented people feel that way. Which makes me question if anyone ever really stops feeling this way? Or is this just what “normal” actually is?

The last thing your Imposter Syndrome wants you to do is to speak out, and mention its name in public. It wants to fester away in your head, ruining your happiness. It wants to chip away at your confidence until you crumble. It wants you to doubt yourself until you can no longer function properly. Why? “Because you shouldn’t even be here! And if you say anything to anyone, then they’ll know how stupid you are, and they’ll see you for the fraud you truly are!!!”

Well screw you Imposter Syndrome! Because I’m fed up living by your rules! It’s time for you to vacate my head. Leave the premises. There is no room here for you anymore!

If we all talk about our experiences with Imposter Syndrome, then we stand up to it together. It just takes one person to start the conversation, and the rest will follow (eventually… once they’ve been able to hear you over that negative voice in their heads!). If we talk about it, then we normalise it. And if we normalise it, we can drop-kick it right the hell out of here! If we talk about it, then it’s no longer a terrible secret that we’re trying to hide from everyone around us. Show your vulnerable side, and you’ll find that so many people around you are battling it too. Help each other out. Defeat it together!

You’re NOT a fraud! You DO deserve to be here! You DO know what you’re doing! (Even if you’re not quite ready to believe it yet…)